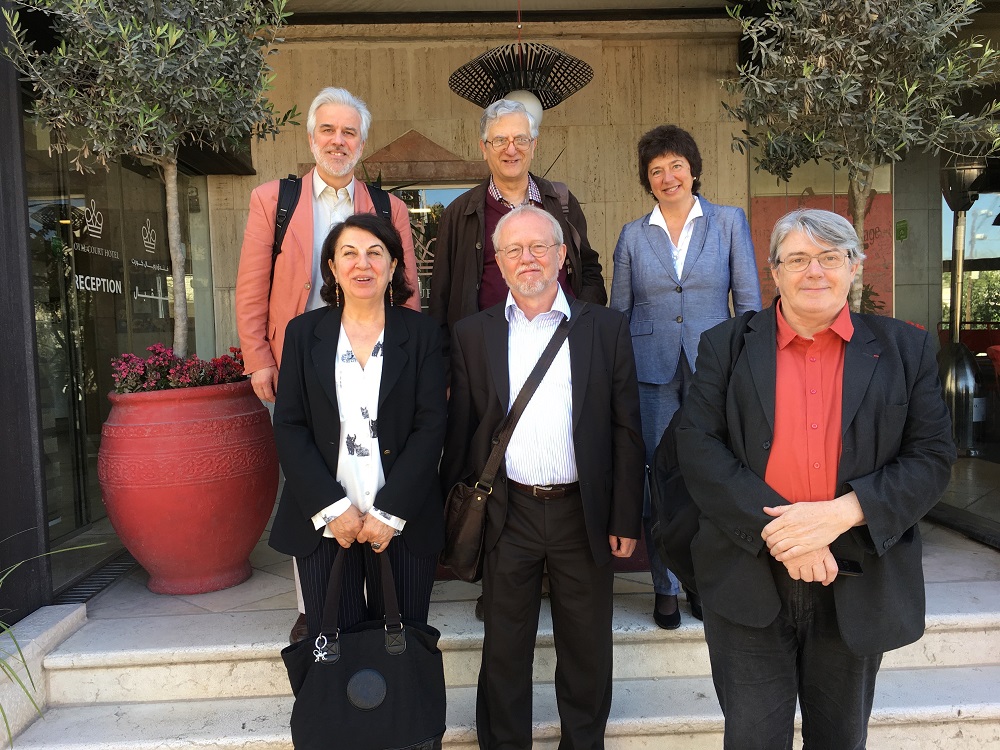 Invited by His Excelency Dr. Sabri Saidam, Minister of Education of the State of Palestine, and responding to an initiative prepared by French and Palestinian universities with the goal to join a reform process designed to include VET in university education including level 3 up to level 5 of the EQF. EVBB was also represented by Prof. Dolores Sanchez from its private university member HdWM, who emphasised and presented dual education on the university level, a best practice example for how Palestinian universities could work together with the companies, primarily SMEs in the Palestinian territories.

His Excellency Dr. Saidam welcomed the education representatives and invited those present to join the Ministry in its efforts to develop a new action plan and curricula responding to the needs of the labour market, including smart products in the digital field which can be easily marketed notwithstanding the political constraints the region faces. Are engaged in this project Prof. Fouad Badran, former professor at Sorbonne university, Etienne Lefur from Université Paris Sud and Olivier Las Vergnas from Lille University. The Palestinian side was represented by all renowned universities such as the Arab-American university.

It was agreed that the Ministry of Education, EVBB and the universities will work on a proposal under Erasmus+ to be submitted in March 2018.